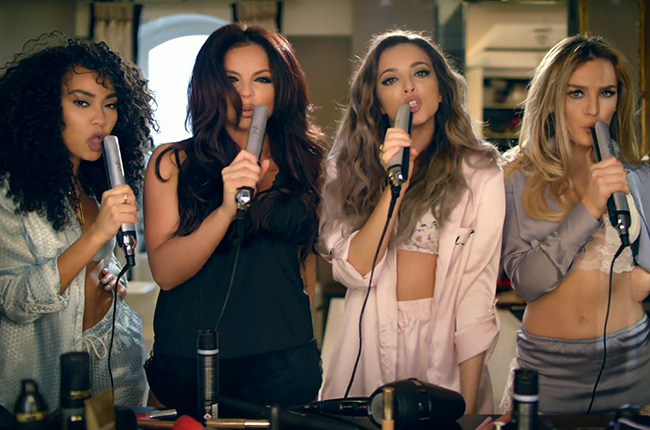 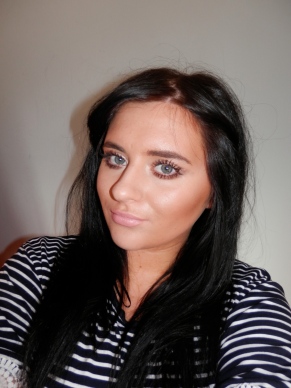 The long black days – when I look at these photos now I don’t even recognise myself. It looks like a wig!

How many times have we heard the stories. Girl decides to dye her hair at home to save some money. Hair does not come out looking like the picture on the box. Girl ends up paying far more than she would have in the first place to fix self dyed hair…

Believe me, I’ve been there. Not just once, but several times throughout the past 10 years. I just never seemed to learn my lesson. I have now. In fact the events of August 2016 have put me off hair dye forever!!

Since the first box of  semi-permanent auburn hair dye, I have had every hair colour going. At University I decided to go black and at the time I loved it. However, I was the worst kind of hair offender because as the summer approached I would want to go lighter and so every few months an expensive trip to the hairdressers to desperately strip and bleach my hair would take place.

Eventually I got sick of this, cut my hair short and settled on brown. This meant I could 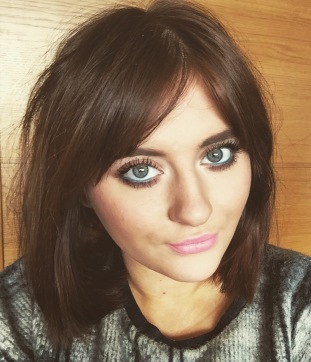 I loved my hair when I first went short. It was a healthy, warm brown. It would even look good when I woke up!

use semi-permanent brown dyes on my hair at home and with regular hair cuts it would look pretty good. In August, for whatever reason I decided to pick up a ‘dark brown’ shade. Well, as I dried my hair I soon realised I was back to black. In twenty minutes, my hair had transformed into the old me. And I did not appreciate it!!

In a panic, I drove straight to my local Superdrug and purchased a box of Colour B4. If you ever find yourself reaching for this on the shelf. DON’T! It is the most horrific product I have ever used! At the time though, I had seen their ambassador Katie Price swear by Colour b4 saying it was the easiest way to remove the black dye from her hair. I’m ashamed to admit that I was totally suckered in by the celebrity endorsement!

I followed the instructions on the box fully. I did everything I was supposed to do. Let me just say that I have never smelt anything like this in my life! Colour b4 honestly smells like chemicals, garbage and donkey piss all combined and set on fire. Awful. At the time I thought that this was temporary and obviously accepted that as it was stripping my hair it would have to be somewhat invasive. However, this smell lingered for over two weeks and no amount of washing could remove it!!!! The first box removed a fair amount of the black but there was still some in the ends of my hair so I went and bought another one. God only knows why! I applied this mainly to the ends and the final result was a fairly boring brown with just a hint of warmth. Perfectly acceptable.

Frazzled and kinky despite being my natural colour – the result of too much heat!

After the first wash though, I noticed my hair get darker and after the second wash it was pretty much back to the original black. After one more box of Colour b4 (I honestly don’t know what was going through my brain) I threw in the towel and went to the hairdressers. The consultation didn’t take long. They wouldn’t touch my hair with a barge pole given the damage the product had done. The ends were frazzled, the hair felt weak and there was no way they would do anything but cut it for me. So I was left with one option…leave it alone!

Since then, I have not dyed my hair again. I have decided my colour days are behind me and it’s finally time to embrace nature. But one impact I’m still dealing with is breakage. A large amount of hair to the right of my crown and along the parting has broken off. By large I mean it is 100% noticeable and not just a few loose hairs.

To put this story into perspective, it’s now been a year and a half since I dyed my hair.

This photo was taken 2 months after the previous one. The difference in length and condition is vast but I still have a way to go.

Yes, the dye has all grown out. No, I have not dyed it at all since. But let me be clear, the damage is still so bad that people often comment on it. It was one thing to stop dying it, but I was still mistreating my hair with heat and hair ties. So, at the start of this year, I made the decision to stop blow drying and learn how to french braid. It’s the best thing I’ve done throughout this whole ordeal! My hair has grown so much in just a month and feels so much better. There’s still a way to go, but I can now see an end in sight.

I won’t lie, I’m planning on begging my lovely hairdresser Amy to let me put a few blonde highlights in. But that’s where it stops. 2018 is the year of healthy hair!

So ladies and fellas, if you’re thinking of using Colour b4 or any other at home stripper, spare 2 years of stress and call a professional. In the end, what seems like the cheap option tends to end up costing a lot more in the long run!